The iMac, being my favourite computer, now after years Apple introduced an all-new iMac 2021 featuring a much more compact and remarkably thin design, made possible by using the new M1 chip. The new iMac design is just 11.5 mm thin, also losing the bulge in the middle which was needed to house cooling for the old Intel processor. While now featuring an even thickness, it is not having the true minimalistic edges on 2020 and earlier models. The stand is less pronounced in appearance and does not integrate in the housing as earlier 2020 model. The new iMac will be available in vibrant colors to match a user’s personal style. The new 2021 iMac, features a 24-inch 4.5K Retina display with 11.3 million pixels, 500 nits of brightness, and over a billion colors, delivering a great viewing experience.

The differences between the two models;

So display quality wise, I think the 2020 model has maybe the upper hand on the 2021 model. But that said, the new iMac’s screen looks better as its bezels are much smaller compared to the 2020 model. This creates a larger display view even having smaller 24 inch size.
To me the visual bezel upgrade is the most important upgrade when it comes down to overall appearance.

Apple said it’s the “best camera ever in a Mac,” which honestly wouldn’t take much, but its specs suggest it actually is a big upgrade.

The camera finally achieves 1080p video capabilities, and Apple has also equipped it with a larger sensor that should provide greatly improved low-light performance. The M1 chip has better image signal processing capabilities, and uses computational video powers to correct and improve the image on the fly, which has brought benefits to the image quality, studio-quality mics, and a six-speaker sound system — the best camera and audio ever in a Mac. Also, Touch ID comes to iMac for the first time, making it easier than ever to securely log in, or switch user profiles with the touch of a finger. Combining the power and performance of M1 and macOS Big Sur, apps launch with blazing speed, everyday tasks feel incredibly fast and fluid, and demanding workloads like editing 4K video and working with huge images are faster than ever.
The new iMac models are powered by M1, including MacBook Air, 13-inch MacBook Pro, and Mac mini, marking another step forward in Apple’s transition to Apple silicon.

Which chip is faster: Apple’s M1 or Intel’s Core i7?

Well to be honest Intel is only somewhat slower in average, also depending which test tool used ( Geekbench a.s). However the M1 Arm based new processor might step further ahead in future as developers will adapt their software to this new processor thus increasing its potential.

The Apple M1 is an ARM-based system on a chip (SoC) designed by Apple Inc. as a central processing unit (CPU) and graphics processing unit (GPU) for its Macintosh computers and iPad Pro tablets. It was inspired by their Apple A14Bionic chip.[4] The M1 is the first Apple-designed processor deployed in Macintosh computers,[5] and the first personal computer chip built using a 5 nm process. Apple claims that it has the world’s fastest CPU core “in low power silicon” and the world’s best CPU performance per watt.[4][6]

In addition to Apple’s own macOS and iPadOS, support for the M1 architecture in the Linux kernel is forthcoming.[7] 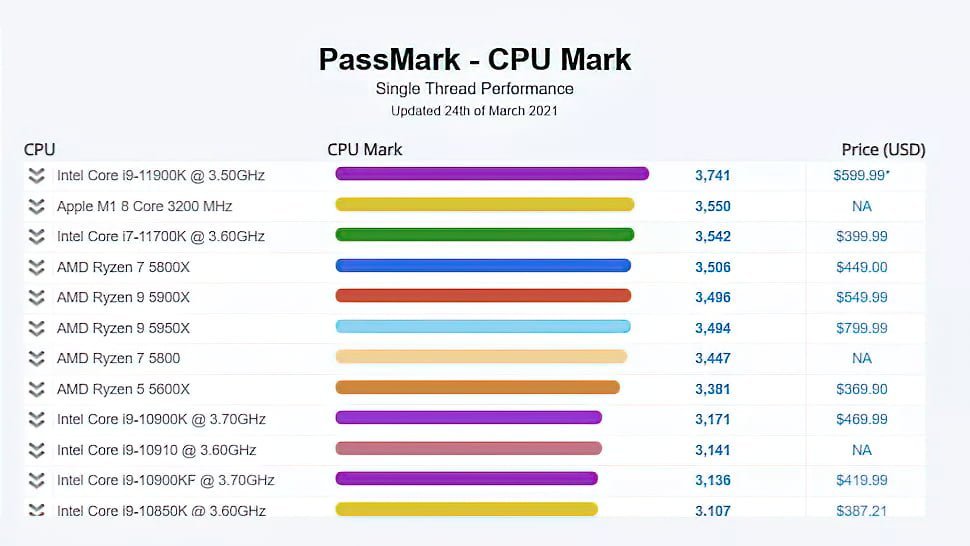 Reengineering the world’s most iconic computer, the new iMac features a thinner and more compact design. Enabled by the system-on-chip architecture and amazing power efficiency of M1, the logic board and thermals are dramatically consolidated and reduced in size compared to the previous generation’s, allowing the side profile of iMac to practically disappear. The much more compact design reduces the volume of iMac by 50 percent. To complete the simplified design, iMac comes with a new power connector that attaches magnetically and a beautifully woven 2-meter-long color-matched cable.

iMac computers have always been known for its best-in-class display. The new iMac 2021 features an 24-inch 4.5K Retina display with narrower borders/bezels and 11.3 million pixels. With a P3 wide color gamut and over a billion colors, plus 500 nits of brightness, images are likely to be great and I guess about equal to the 5K 2020 27″ model. This new display like the 2020 model also features True Tone technology, which automatically adjusts the color temperature as the environment changes for a more natural viewing experience. In addition, the 4.5K Retina display on the new iMac has an industry-leading anti-reflective coating for greater comfort and readability.

The power and performance of M1 and macOS Big Sur, instantly wakes the new iMac from sleep, everyday tasks feel faster and more fluid, and apps launch with amazing speed. In Safari, users can browse even faster and run hundreds of tabs at once, and in Photos, users can fly through edits to their images.
The powerful 8-core CPU in M1 features the fastest CPU core in low-power silicon. And the 8-core GPU features the fastest integrated graphics in a personal computer. When combined with its high efficiency, unified memory architecture, and the 16-core Apple Neural Engine, the new iMac delivers powerful performance when compared to standard models of the 21.5-inch iMac, including:

The iMac 2021 features a 1080p FaceTime HD camera delivering high-quality video and great performance in low light. iMac also takes advantage of the image signal processor in the M1 chip and the Neural Engine, enhancing camera image quality with better noise reduction, greater dynamic range, and improved auto exposure and white balance.
To complement the new camera features, iMac now also features a studio-quality three-microphone array for clearer calls and voice recordings, the best ever in a Mac.
The new iMac now also features the best sound system ever in a Mac. The iMac being a computer used in the publishing, music industry and non professionals using Garageband and Logic Pro now has two pairs of force-cancelling woofers placed side by side for an impressive bass response, while reducing unintended vibrations. Each woofer pair is balanced with a high-performance tweeter. The result is a six-speaker sound system producing a solid sound stage with strong, articulate bass and crystal-clear mids and highs. All of these speaker innovations, coupled with advanced algorithms, will provide you a great sounding iMac.

The new Magic Keyboard with aluminum enclosures are color-matched to the iMac. And one of the best features found on the new iMac is the implemented ‘Touch ID’ feature. Implemented wirelessly on Magic Keyboard, it uses a dedicated security component on the keyboard that communicates directly with Secure Enclave in M1, creating an encrypted channel to protect users’ fingerprint data from end to end. Whether unlocking their Mac or making a purchases, users enjoy a fast, easy, and secure user experience.